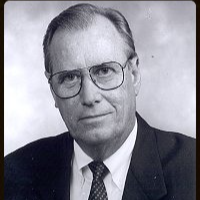 Dr. Don R. Roberts was born in McNeil, Arkansas. After graduation from Henderson State Teachers College, Dr. Roberts began his teaching career in 1959 as a teacher and coach in Oregon. By the age of 29, he had extended his career to school administration, serving as a principal and a superintendent.

In 1967, Dr. Roberts returned to Arkansas and began his career with the Little Rock School District as Interim Deputy Superintendent and later as Assistant Superintendent for Administrative Services and Pupil Services until 1974.

Dr. Roberts also served as the Director of the Arkansas Department of Education from 1979 to 1984. After a very recognized tenure in the Ft. Worth Independent School District, Dr. Roberts retired. But his retirement was short-lived when two years later he agreed to return to the Little Rock School District to serve as interim superintendent and help guide the superintendent selection process.

While working for the Little Rock School District, Dr. Roberts was recognized for his leadership and was noted as "well-respected" by members of the community and media. Dr. Roberts is known for his ability to build bridges between businesses and schools in the communities where he has lead school districts. The Arkansas Democrat-Gazette characterized his superintendency as "serious business." The Arkansas Times noted his tenure as "an uncommon period of tranquility."

The West Little Rock Naming Committee and the Little Rock Community recommended naming our school, Don R. Roberts Elementary because of the respect that Dr. Roberts has earned and his outstanding record of service.  We were privileged to have Dr. Roberts as a vital part of our first two school years.  He died on May 23, 2012.  He was loved by everyone at Roberts Elementary and his presence will be missed.

Roberts Elementary School is located in Little Rock, Arkansas. It first opened for the 2010 - 2011 school year. The school has 950 students in K through 5th grade. The two-story, 147,431 square-foot building includes energy saving features, natural lighting, interactive white boards in every classroom, two art rooms, two music rooms, a gymnasium, a large dining room, an EAST lab, and a state-of-the-art media center. Its unique learning environment has classrooms grouped by grade level, each with a multipurpose room for gatherings and special projects. Interactive white boards linked to computers are among the high-tech learning tools utilized by teachers and students in the classrooms.

To encourage, engage, and equip students for educational and personal excellence in a diverse and global community 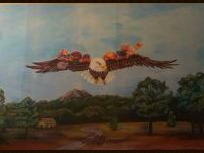 To be the leader in elementary public school education by helping all learners soar to their pinnacle of educational & personal excellence.

With our students, staff, and community at our core, we will:

Committing to these values allows us to “Always Do The Right Thing!”